The Making of Liberty Statue

The New York Public Library has recently unveiled some extraordinary pictures of the Statue of Liberty under construction. Take a trip back in time and see extraordinary behind the scenes images of the creation of this superlative structure. 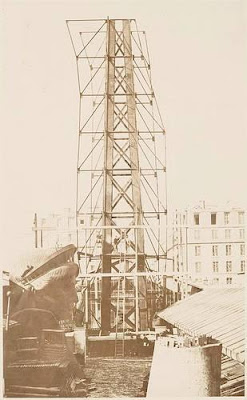 A giant is formed. The sheer scale of the statue under construction can be seen here, in contrast to the workmen posing woodenly for that fairly new invention, the camera.. The more formal name for the statue is Liberty Enlightening the World and it is constructed with sheets of pure copper, even though the picture makes it look something like marble.. It is something of a miracle that we now have the finished product standing proudly on Liberty Island. Had it not been for the contributions of ordinary French and Americans then she would never have arisen in the first instance. 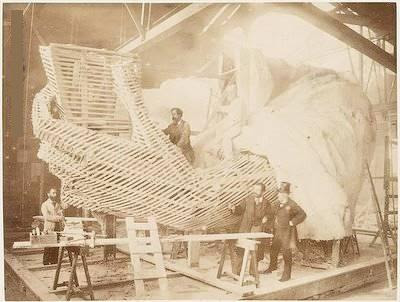 Such is the immensity of the statue one can only wonder whether or not the workmen pictured above had any idea which part of the statue they were working on at any one time. The photographer Albert Fernique, who captured these pictures around 1883, must have been in a certain awe at the immensity of the statue and his images capture its sheer scale and size beautifully. The French had decided to give the United States of America something for their centennial independence celebrations that the Americans and the world would never forget. The process of building was painstaking, slow and fraught with financial difficulties. The copper ?shell' was only what the public would see. What lies beneath - both in terms of its structure and the story behind its *****ion - is almost as startling. 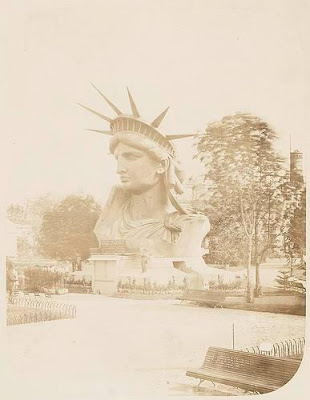 At the time France was in political turmoil and, although at the time under their third republic, many people looked back at the time of Napoleon and the monarchy before that with fondness and wanted its return. The desire for a backwards step to authoritarianism was worrying. French politicians - as wily then as now - saw Lady Liberty as a way, albeit phenomenally huge, to focus the public's imagination on republicanism as the best way forward. The USA and its centennial of independence from the yolk of England was the perfect focus. 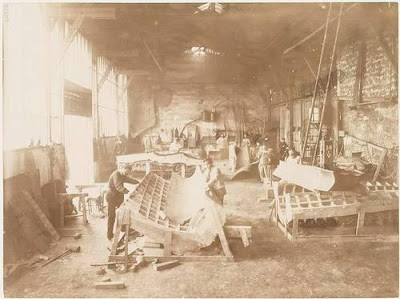 The plaster surface of the left arm and its hand take shape, the skeleton underneath revealed. As there is a deal of work under the carapace, so the French politicians had ulterior motives. Using the USA - which many saw as the ideal of government and populist aspirational politics - the French used the statue as a Trojan Horse in reverse, as it were. Its true purpose, in the eyes of the political gift givers, was to make republicanism the center of political ideology in the minds of the people. How greatly it succeeded can never fully be quantified but the French cannot be faulted for thinking big. It must be said here that the ordinary French, through their substantial buying of lottery tickets (and other fundraising efforts) had a much purer purpose at heart than their politicians. 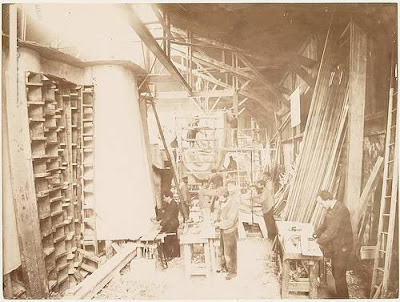 It must surely have been amazing for the workers to turn up each morning to the sight of a colossal head looking down upon them. The inspiration for the face seems to be the Roman god of the sun, Apollo or his Greek equivalent, Helios. More down to earth sources of inspiration center on the women in the life of the sculptor, Frederic Auguste Bartholdi. It may well have been Isabella Eugenie Boyer, a good looking and well-known figure in Paris at the time. More worrying, some believe the face of the statue actually belongs to Bartholdi's mother. Bartholdi never revealed the true model of the face, but if this is the case Freud would have had a field day. 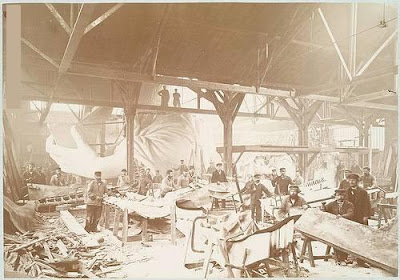 Bertholdi made a small scale model first, which is still displayed in the Jardin du Luxembourg in the city of the statue's original construction, Paris. Before the statue was shipped to America, though, it had to be seen to be tested. If it had not been for money, it may never have landed in the states - particularly in the form we all know. On a visit to Egypt, Bartholdi's vision of liberty expanded to its present proportions. Had his original idea received financial support, then whatever gift the French gave the Americans for the 1876 centennial could not possibly have been the statue. 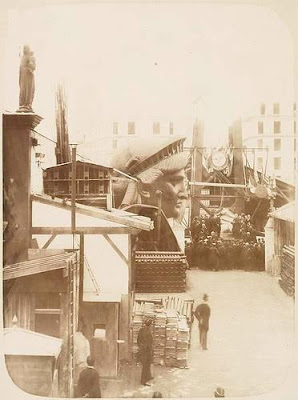 Little by little, the statue arises. Bertholdi saw the Suez Canal under construction in the eighteen sixties and was inspired to build a giant figure at its entrance. He drew up plans which bore a remarkable similarity to what now stands on Liberty Island but his ideas were rejected by the Egyptian ruling body of the time because of the financial problems the country was facing at the time. Had the statue been built in Egypt as a lighthouse, the idea would never have been taken up for America. The Statue of Liberty as we know it was in fact used as a lighthouse, from its unveiling in 1886 right until 1902 - the very first in the world to use electricity. 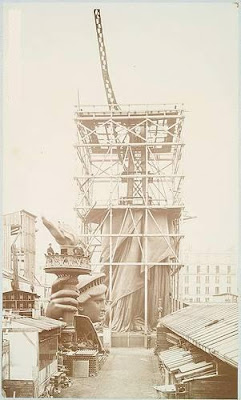 Almost there! There were huge structural issues that had to be addressed in the design and construction of a sculpture of such enormity. Enter a certain Gustave Eiffel, who would later go on to build that eponymous tower which still dominates the skyline of Paris. It was his job (which he delegated to Maurice Koechlin, his favored structural engineer) to ensure that Liberty's copper sheath could move while still remaining vertical. Koechlin created a huge pylon of wrought iron and the famous skeletal frame to ensure that the statue would not fall down in high winds. 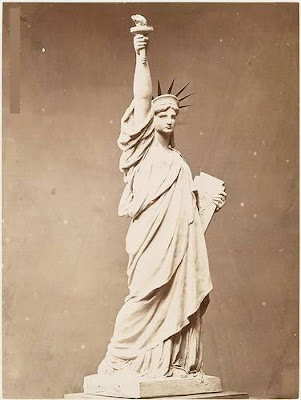 Money was always a problem. The plan had been to get the statue to the US by the fourth of July, 1876. Only the right arm and torch were finished by then. However, as the Americans had taken responsibility for the construction of the pedestal, these pieces of the statue were displayed to the American pubic at the Centennial Exposition (in Philadelphia) . Money raised by allowing people to climb this part of the statue (see here) started the funding efforts for the base of the statue. The French did their bit too, showing the head in their own exposition in 1878. 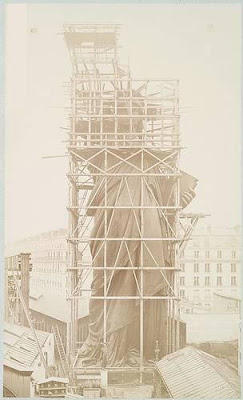 1886 must have been one of those years that people remembered for the rest of their lives. A statue of gigantic proportions, symbolizing the ideas and aspirations of America, was unveiled by President Grover Cleveland at Liberty Island (renamed from Bedloe's Island or Love Island). In an ironic twist, President Cleveland had vetoed the New York legislature from contributing fifty thousand dollars to help with the building of the statue's pedestal. Letting bygones be bygones, President Cleveland was more than happy to officiate at the ceremony. This had not been the only problem to face the statue in the years before its final unveiling, of course. From the model stage, above, to its triumphant moment of revelation, the process was fraught with difficulty - mostly of a financial nature. However, thanks to the efforts of both the American and French people we now have a permanent reminder of what we should hold dear - liberty still symbolically steps forth from her shackles to protect, shelter and enlighten.
Scripted by: Naeem Mustafa Mahar at 4:40:00 PM