A Biography of Dr. A Q Khan --- The Atomic Hero of Pakistan 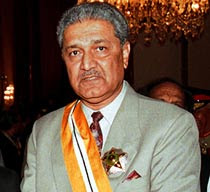 First of all i am very thankful to Dr A.Q Khan, for replying me in E-mail for his biography.
owner of Creative Think Tankers
Naeem Mustafa Mahar.

BRIEF LIFE SKETCH OF DR. A. Q. KHAN, NI & BAR, HI
By their deeds and actions such persons, though not prophets, demonstrate that they are an extension of the will of the transcendental. These are the people, who are destined to make history in the elevation of nations. Such is the personality of Dr. Abdul Quadeer Khan, who was born in Bhopal on April 1, 1936, which corresponds to the Hijri era 1355, Thursday 15th Rajab. As the time has unfolded itself, the Godly qualities enshrined in the words “Quadeer” and “Ghafoor”, symbolized in the names of Dr. Abdul Quadeer Khan and his father, Mr. Abdul Ghafoor Khan, have raised the Pakistani nation to new heights in high technology. 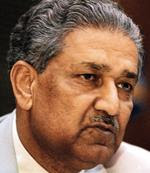