The economy shed 651,000 jobs in February and 4.4 million since the recession began in December 2007. Only a handful of metro areas have escaped falling employment over the past three months. Yet there are still some places out there that remain attractive to businesses.
Our 11th annual ranking of the Best Places for Business and Careers features clear winners in North Carolina and Colorado, home to a combined 10 of the 20 top metro areas.
Leading the way is Raleigh, N.C., which grabbed the top spot for a third straight year on the strength of strong job growth (both past and projected), low business costs and a highly educated workforce. 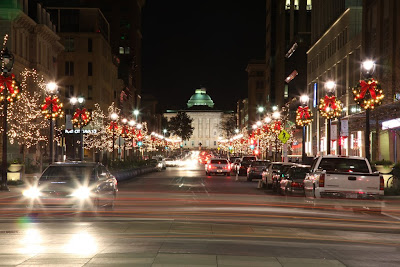 Employment is expected to fall during 2009 in Raleigh after jobs were added at a 4% annual clip the past five years. But the job picture is expected to brighten in 2010 and 2011, and the three-year projected annual employment gain is 1.4%. according to Moody's Economy.com, 15th best in the country.
Helping fuel Raleigh's strong economy is the Research Triangle Park, one of the oldest and largest science parks in North America. It is located between Raleigh and Durham and is home to 170 companies employing 42,000 people. Big employers include Biogen Idec, Cisco Systems and IBM.
"Raleigh is holding up better than any other place in North Carolina," says Matthew Martin, an economist at the Federal Reserve Bank of Richmond, Va. He cites the significant higher education presence and low manufacturing base in the area for Raleigh's steady economy.
Keeping Raleigh company at the top are fellow Tar Heel State metros Durham (ranked third), Asheville (sixth), Wilmington (13th), Winston-Salem (18th) and Charlotte (19th).
Our rankings looked at the 200 largest metropolitan areas in the U.S., which range from the New York metro and its 11.7 million people to Olympia, Wash., with a population of 241,000. We examined each on 11 different criteria. Economic research firm Moody's Economy.com supplied data on job growth over the past five years and projections through 2011. Economy.com also provided business and living cost data as well as income growth and migration trends.
We also turned to Bert T. Sperling, city researcher and co-author of Cities Ranked & Rated for some labor supply and quality of life information. Sperling furnished data on college attainment, crime rates, local colleges and cultural and recreational opportunities in the area.
In a nod to the current economic climate, we added two new categories this year: projected job growth and subprime mortgages as a percentage of total originations over a three-year period. This change helped boost several metros in the rankings, most notably Austin, Texas, which ranked eighth this year, up from 47th last year. Austin's projected annual job growth rate of 2.3% is fifth fastest in the country, and its subprime mortgage exposure clocked in at 13th.
The city has a fan in the Charles Schwab Corporation. "The city of Austin is extremely business-friendly. They have bent over backwards to accommodate us," says Glenn Cooper, head of real estate at Schwab, which expanded its Austin presence in 2007 when it purchased the 401(k) Co. Cooper highlights the political environment, culture and cost of living as draws for Schwab to Austin.
Bringing up the rear of our rankings are the troubled spots in California. The Golden State had its worst showing ever in our tally. It is home to six of the seven lowest-rated spots, and Riverside was the only one of its 21 metro areas (among the country's 200 biggest) that cracked the top 100. Most California metros are burdened with sky-high living and business costs, and the job outlook is week. The unemployment rate in 199th-ranked Merced, Calif., is expected to hit 21% in 2010.
The current recession is too deep and widespread for even our best-rated cities to escape damage. Yet when things do turn around, expect many places ranked at the top to be at the head of the pack, notes Marisa Di Natale, an economist at Economy.com.
"Austin, Boulder [Colo.], Fort Collins [Colo.] and to a lesser extent Raleigh all have a lot of high-tech investment," she says. "We think that is one of the first things that comes back once the economy does recover."